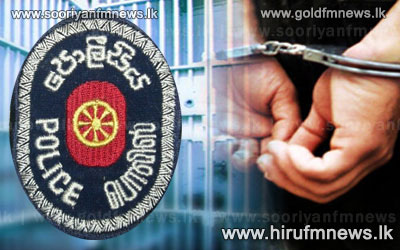 The principal of a school in Rakwana was arrested today by the Rakwana Police based on a charge of molesting several school children.

Speaking to our news team Police Media Spokesperson SSP Ajith Rohana stated that the principal in question was arrested based on information provided by Child Protection Services and the students who were molested were boys aged between 9 and 10 years of age studying in the school.

Speaking further SSP Ajith Rohana stated that the police will take all necessary measures to ensure that individuals such as these will be penalized to the fullest extent of the law.