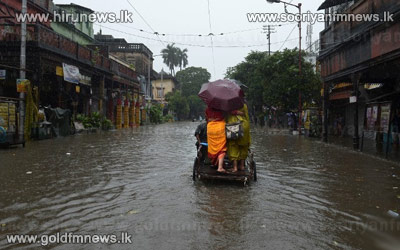 Torrential rains have claimed as many as 48 lives in eastern India, which this month saw the worst cyclone to hit the country in over a decade.

The downpour has seen rivers spill their banks in Indias eastern coastal states of Orissa and Andhra Pradesh, forcing thousands to flee their homes and seek refuge in shelters, two weeks after Indias most severe cyclone in 14 years lashed the coastline.

The rains had killed up to 45 people in Andhra Pradesh and Orissa, with hundreds of villages submerged in nearly 30 districts and road and rail links disrupted.