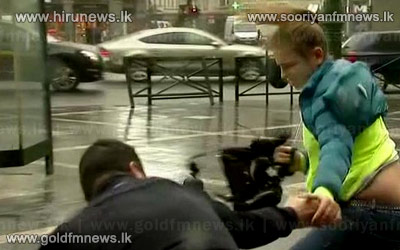 A storm battering north-western Europe has killed at least 13 people - six of them in Germany.

Two people died when their car was crushed by a falling tree in Gelsenkirchen, in western Germany. Two children in the car were injured.

In Brittany, western France, a woman was swept out to sea. And in the Dutch city of Amsterdam a tree felled by the wind crushed a woman by a canal.

Record gusts of 191 km/h were measured over the North Sea.

Many trains were cancelled in and around London, and in north-western Germany.