A conspiracy by the Tamil Diaspora - Ananda Sangaree reveals. 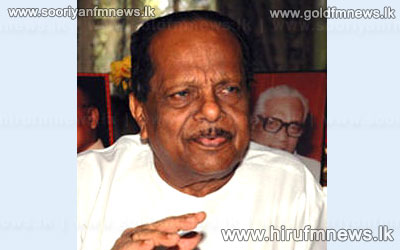 A TNA coalition and Tamil United Liberation Front Leader V. Ananda Sangaree said that an international conspiracy is being hatched to eliminate him from politics.

Speaking to our news team Ananda Sangaree said that the Tamil Diaspora is behind this international plot against him.

Three TNA members who contested from the Kilinochchi district were elected to the Northern PC but Sangaree failed as he secured only the 4th place in the preferential vote list.