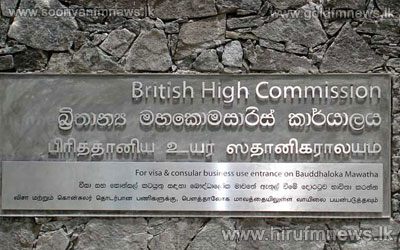 The British High Commission refuted media reports to the effect that Crown Prince, Prince Charles who will be arriving to Sri Lanka to inaugurate CHOGM representing Britain’s Queen Elizabeth the Second was scheduled to lay the foundation stone for a private university in the country.

In a twitter message the High Commission has issued, it is said that such an event was not included in Prince Charles’ Sri Lankan itinerary.

The High Commission said that this twitter feedback was issued on focusing attention on reports published on such an event.

It was the Socialist Students’ Union that said that Prince Charles coming to participate in CHOGM was scheduled to lay the foundation stone for a private university in Meerigama in Gampaha.

They even got ready to hand over a letter today to the British High Commission saying that through that an educational trade zone would be created.

Socialist Students’ Union National Organizer Nalind Jaytissa said that although he came to know that Prince Charles would not participate in such an event, the Union would hand over the relevant letter today as scheduled.