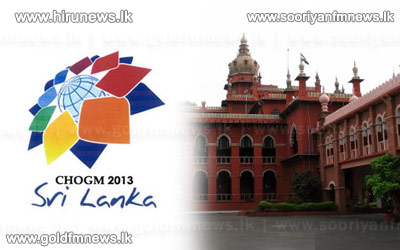 Madras high court today dismissed a PIL against Indias participation at the upcoming Commonwealth heads of governments meeting in Sri Lanka saying that sympathy and sentiment cannot be a ground to pass judicial orders, and the court was not inclined to interfere with the foreign policy of India.

M Sathya-narayanan said it touches upon the foreign policy of the government of India, which depends upon many factors governing the welfare and other factors and the court does not have the expertise to analyze the same.

Dismissing the PIL filed by Saraswathi Govindaraj, the judges cited Supreme Court rulings to hold that sympathy or sentiment by itself cannot be a ground for passing an order in the absence of any legal duty on the party on the part of the authority concerned to perform certain functions.

India today kept up the suspense on whether Prime Minister Manmohan Singh will attend the CHOGM in Sri Lanka next month and said India must stand by the elected people in that countrys Northern Province.

He told reporters that Tamils in the Northern Province had great expectations from India and it was Indias duty to stand by them.

Meanwhile, the Editorial of the Indian Daily Economic Times has emphasized that India must definitely participate in the Commonwealth Heads of Government Meeting to be held in Colombo next month.

It condemns the boycott call being made by fringe political elements and the State of Tamil Nadu and describes these calls as harmful influence for India, and states that these politically motivated actions could not be approved.

The editorial further points out that Tamil Nadu has no reason to object the actions of the Sri Lankan government, if it really expects the freedom of the Tamil people in the North and numerous factions are appearing to fulfill their personnel ambitions.