Video : Security forces will not be removed from the North - President emphasizes. 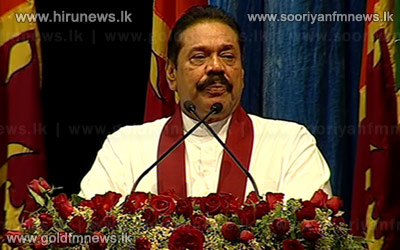 President Mahinda Rajapaksa said that the Government was not prepared to remove the security forces from the north influenced by various pressures.

The President said that separatism would be defeated by development.

Addressing the Sir John Kotalawala Defence University’s 23rd graduation ceremony yesterday, the President said that today those who had lived in Colombo or abroad during wartime were spreading separatism and terrorist leaders were embracing democracy.