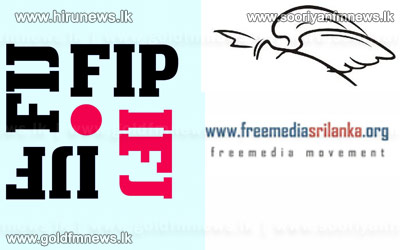 Immigration and Emigration Officials questioned Director of the Asia Pacific International Federation of Journalists Jacqueline Park and another member of her organization today.

The Free Media Movement stated that the 2 media activists arrived here on tourist visa to participate in a workshop in Colombo.

Immigration and Emigration Officials took into custody the 2 activists while they were participating in a workshop organized by the Free Media Movement in a leading hotel in Colombo today.

However, Free Media Movement Secretary Kumara Alagiyawanna said that the 2 members of the Asia Pacific International Federation of Journalists were invited while they were visiting the country on tourist visa.