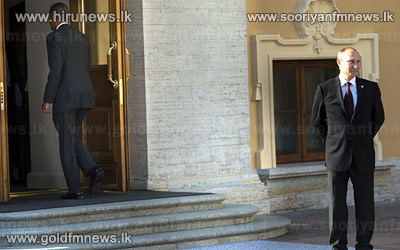 Russian President Vladimir Putin has been ranked the most powerful person in the world by Forbes. He topped the list of the 72 world figures that matter the most, while US President Barack Obama was rated second. Putin s Syria chess match that prevented the US strike, and his having the last word in the diplomatic row over the fugitive NSA whistleblower, Edward Snowden, didn t go unnoticed with the editorial rating of the influential American business magazine, and were noted among the reasons for his top place. The Russian President also outstripped the likes of the Chinese leader Xi Jinping ranked 3rd, the German Chancellor Angela Merkel who fell to 5 from 2 over the year, and the Saudi King Abdullah bin Aziz ranked 8th. Curiously, Pope Francis was ranked 4th, with the reason being he is the spiritual leader of 1.2 billion Catholics, or about 1/6th of the world s population.