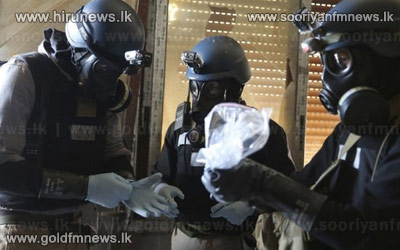 Syria's declared equipment for producing, mixing and filling chemical weapons has been destroyed.

This comes a day before the deadline set by the Organisation for the Prohibition of Chemical Weapons.

The government denies the accusations and blames rebel forces.

The inspections were agreed between Russia and the US after Washington threatened to use force in Syria.