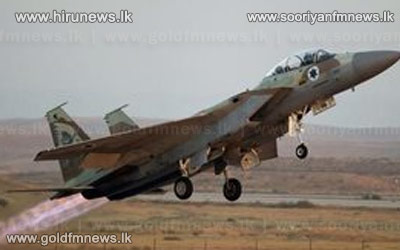 Israeli aircraft have carried out a strike near the Syrian coastal city of Latakia.

Latakia is a stronghold of Syrian President Bashar al-Assad, an important port city where the Alawite community to which he belongs is concentrated.

Israeli is widely reported to have carried out at least three air strikes in Syria so far this year.