Kerry says in some cases US spying "reached too far" 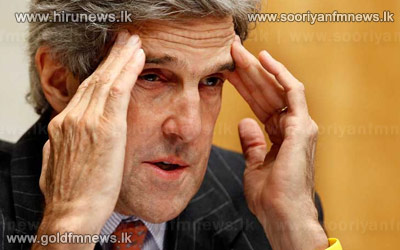 US Secretary of State John Kerry said for the first time Thursday that in some cases, US spying has gone too far, amid a row with Europe over the matter.

"I assure you, innocent people are not being abused in this process, but there's an effort to try to gather information," Kerry told a London conference via video link. "And yes, in some cases, it has reached too far inappropriately."

"And the president, our president, is determined to try to clarify and make clear for people, and is now doing a thorough review in order that nobody will have the sense of abuse," he said.

"And in some cases, I acknowledge to you, as has the president, that some of these actions have reached too far, and we are going to make sure that does not happen in the future."

Recent allegations and reports of widespread spying by the National Security Agency have sparked a major rift in trans-Atlantic ties.