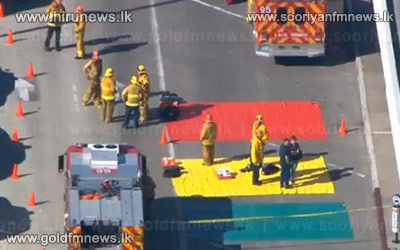 One person has died and seven people were wounded, one critically, during a shooting at Los Angeles International Airport.

The Transportation Security Administration said a number of its employees were injured, one fatally.

A lone suspect - named by the FBI as 23-year-old Los Angeles resident Paul Anthony - was wounded by police and detained.