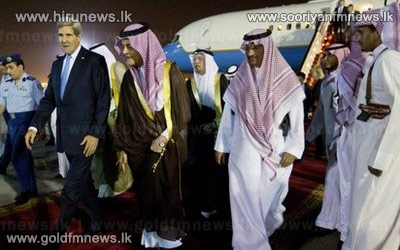 US Secretary of State John Kerry has landed in Saudi Arabia, the second stop on his tour of the Middle East.

America's top diplomat is expected to try to repair ties with a long-standing ally that have been frayed by the conflict in Syria and the recent US outreach to Iran.

He first made an unscheduled stop in Egypt, where he called for an end to violence and a move to full democracy.

Egypt is one of the issues that has caused tension between Saudi Arabia and the United States in recent months.