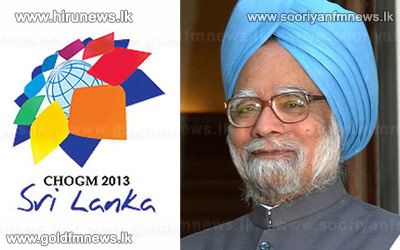 The Indian Prime Minister faces a growing chorus within his Congress party to miss the Commonwealth summit in Colombo, though his office has advised him to attend the event.

Last week, GK Vasan had met the Prime Minister and asked him to boycott the event.

Sources close to Chidambaram said he, too, opposes the visit and feels that while the government can send a representative to the conference of leaders of Commonwealth nations, Dr Singh should not travel.

M Karunanidhi, the leader of regional party the DMK, has warned that if the Prime Minister travels to Sri Lanka, his party will have to face the consequences.

However, Sources in the government has said that senior bureaucrats in the Prime Minister’s office and the Foreign Ministry feel it is important to continue engaging with Sri Lanka’s government so that India can push for the Tamil cause.

The Prime Minister said recently that India will consider the sentiments of the Tamil people.

Meanwhile as many as 45 persons belonging to different pro-Tamil outfits were arrested today for attempting to picket trains and bus-stands in nearby Tirupur and Udhaga-mandalam, demanding that India should not participate in the CHOGM scheduled in Sri Lanka this month.