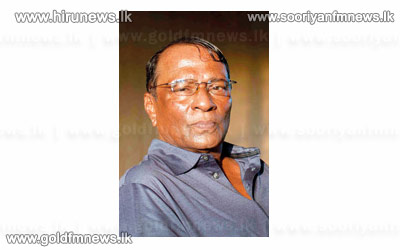 Southern Provincial Councilor Maithree Gunarathna’s father Herman Gunarathne was remanded till the 18th of this month when he was produced before Matara Magistrate Ruwan Sisira Kumara today.

Herman Gunarathne was remanded for shooting 5 persons and attempted homicide opposite the Matara Urban Council.

Despite the Magistrate Court order to remand Herman Gunarathne until the 18th of this month, the High Court ordered to release the suspect on a 25,000 rupee cash bail and 2 personal bails of 100,000 rupees each.

However the Magistrate decided to take up the motion tomorrow as two relatives of Herman Gunarathne were not present in Court for bail to be granted.

The case is scheduled to be taken up for hearing on the 25th of November and the Court ordered that all 74 suspects appear in court on that day.

Meanwhile another 2 suspects of the Maithree Gunarathne faction wanted in connection with the clash between two UNP factions surrendered to the Matara Magistrate Court today but were ordered to be released on personal bails of 100,000 rupees each.

Meanwhile  UNP MP Mangala Samaraweera and UNP General Secretary Tissa Attanayake filed a petition with the Human Rights Commission today asking the Commission to protect the human rights of all those affected during the Matara incident.