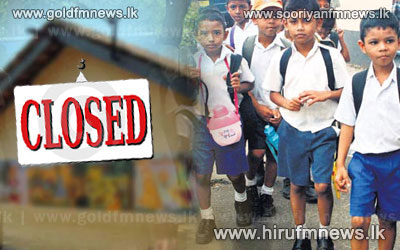 The Ministry of Education said The government has decided to close 35 schools in the Colombo city from November 6TH to 19TH in view of the upcoming Commonwealth Heads of Government Meeting scheduled to be held in Colombo.

Six more schools will also be closed from November 7th, 8th and 9th during this period.

Among the main schools that will be closed in the Colombo district from November 6th to 19th areColombo Ananda, Nalandaa, Royal, Thurstan, Vishaakaa, Sirimaavo Bandaranaike, Mahaanaama, Isipathana, and D. S. Senanayake College.

Schools that are closed: