Callum McRae of Channel 4 questioned at length in Colombo 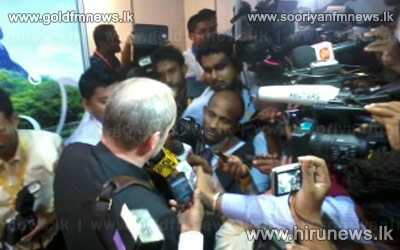 Director of Channel 4 Callum McRae states that Channel 4 exposed atrocities committed by the LTTE against the general public while answering questions raised by local and foreign media at the CHOGM media centre in the BMICH.

McRae had to face numerous questions from journalists after he arrived at the CHOGM media centre.

Speaking further he stated that he and his team arrived in Sri Lanka to cover the Commonwealth Heads of Government Meeting after permission to arrive in Sri Lanka was received.

However, he also stated that he and his team did not have a chance to tour the North.

Channel 4 Director Callum Mcrae who arrived at the CHOGM media centre had to answer many questions when other journalist surrounded him to ask various questions mainly regarding anti Sri Lankan videos.