Yameen sworn in as president of the Maldives 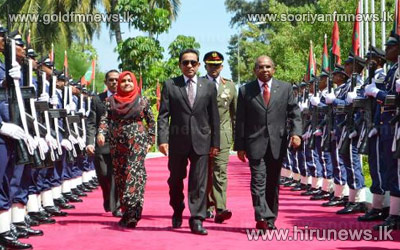 The winning candidate in the delayed presidential run-off election in the Maldives, Abdulla Yameen, has been sworn in the capital, Male.

Earlier his rival, former President Mohamed Nasheed, conceded defeat, saying that having an elected president once more made it a "happy day".

Regional power India was among the first to congratulate Yameen.

Yameen is a half-brother of Maumoon Abdul Gayoom, who was president for 30 years until 2008 and imposed rigid control over the archipelago - a Sunni Muslim country that is best known as a luxury holiday destination.