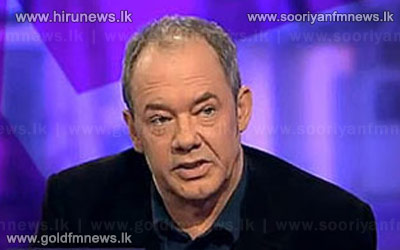 Director of Channel 4, Callum McRae has settled the fare of the van that brought him and his team back to Colombo from Anuradhapura.

McRae and his team of journalists were compelled to terminate their journey to the North at Anuradhapura due to a public protest against them and they returned to Colombo via a hired van which cost McRae and his team 30,000 rupees.

However, the driver of the van had lodged a complaint with the Slave Island police claiming that McRae had not paid his fare.

Subsequently McRae had agreed to pay the driver his due fare and upon inquiry by our news team, police media spokesperson SSP Ajith Rohana stated that the driver was settled last night.