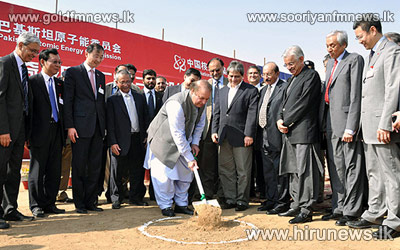 The 2,200-megawatt plant is to be built with Chinese technical assistance on the Arabian Sea coast at Paradise Beach, 40 kilometres west of Karachi.

Pakistan already has three operational nuclear plants generating a total of around 740 MW of power and has begun work on a fourth, in addition to the one launched Tuesday.