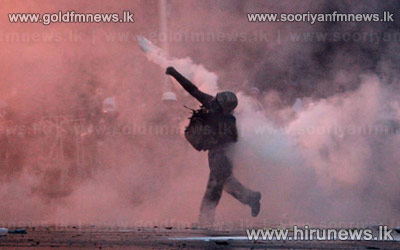 Fresh skirmishes broke out today between Thai security forces and opposition demonstrators who have issued an ultimatum for Prime Minister Yingluck Shinawatra to quit, a day after the anti-government campaign erupted into deadly violence.

Police used tear gas at the heavily-guarded government headquarters, as protesters hurled sticks and other projectiles at security forces manning barriers at the besieged complex.

Some schools and universities in the capital were closed for safety reasons, after unrest yesterday rippled around the key government buildings in the capital that have been targeted.