Video: We who defeated terrorism should stand united - President says in Kenya 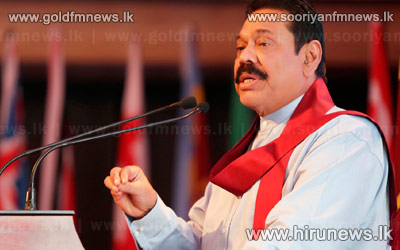 During his official visit to Kenya Sri Lankan President Mahinda Rajapakse has stated that Sri Lanka is striding towards sustainable economic development after entering into a period of peace.

President Rajapakse made this statement while speaking at the state banquet hosted by his Kenyan counterpart Uhuru Kenyata.

Speaking further President Rajapakse stated that it is his objective to ensure the prosperity of all citizens.

Speaking during the state banquet Kenyan President Uhuru Kenyata stated that the Sri Lankan President’s Mahinda Chinthana program is one that is very close to the public.