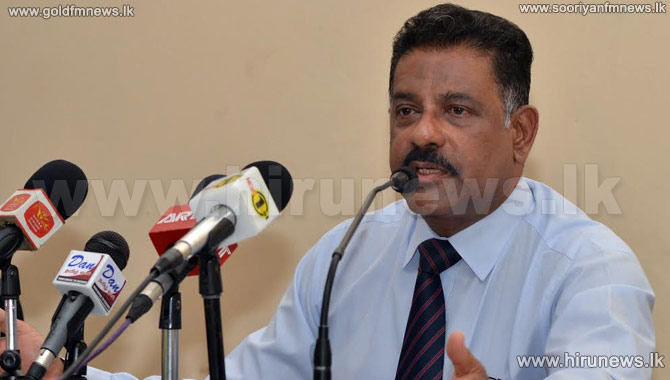 In the light of Environmentalist and Northern Provincial Minister of Agriculture, Livestock, Irrigation and Environment Ponnudurai Ayngaranesan condemning the misinformation campaign against the Northern Power Company-run Chunnakkam power plant, who stated that the protests are politically-motivated and requested the people of Jaffna  to remain calm till the results of the scientific study is made public; MTD Walkers PLC – the parent company of Northern Power Co (Pvt) Ltd, announced that if wrong steps are taken pursuant to rumours and sentiment-driven agitation, the issue of ground water contamination in Jaffna would not improve but might in fact aggravate.

“We are very confident that we have not caused any damage whatsoever to the environment in general and the regrettable water contamination issue prevailing in the North in particular. As a socially, environmentally and morally responsible corporate entity of Sri Lanka we have not caused any environmental damage in the past and we would not take any measure whatsoever that will cause even a minimal damage or harm to our planet,” stressed MTD Walkers PLC Director/ CEO Lal Perera, reaffirming the environmental policy of the Company.

“However we feel sorry that with baseless allegations being raised against us, the real focus has shifted away from the root cause or origination of the oil contamination, which could cause severe impediments in mitigating of any future environmental fallout from the contamination. Our fear is that wrong steps taken pursuant to emotion-driven, baseless allegations could undermine efforts to mitigate the Jaffna water degradation issue,” he lamented.

He added that any person who has even little knowledge of Chunnakkam knew about the infamous oil lake or ‘oil kulam’ caused by the destruction of the oil installations located approximately 300 meters away from the Northern Power Plant within the CEB (Ceylon Electricity Board) complex, which had existed prior to even 1987.

“Unfortunately, not a single person who has raised these absurd accusations have probed or inquired into what had happened to this ‘oil kulam’. In order to get to the truth, we too have engaged an internationally-renowned environmental consultancy as we are very, very confident that we are not in any way linked to the water contamination issue.”

“We earnestly appeal to all stakeholders especially our own people of the North, not to be misled by rumours and baseless allegations fueled by parties with vested interests and ulterior motives and patiently wait for the outcome of the ITI-spearheaded independent probe and the rulings of the judiciary.”

Perera said the Northern Power Company extended its hand to Jaffna during the height of the bloody civil war when the peninsula was in darkness and the children had to study with the aid of a bottle lamp.

“We ventured into the Northern Province during the most difficult period in Sri Lankan history with the sole intention of serving the energy needs of our people in Jaffna. In fact when the one Company selected to build the power plant backed out as the risks were so high, we took this endeavour upon ourselves as a service to our nation having the goal of serving not only the people in the North, but also powering the businesses, schools, hospitals, etc. of  Jaffna”

“We would not allow the public of Jaffna being caused any grievance through any of our activities and as a renowned public listed company answerable and accountable to our shareholders we gain no financial or material benefit from it,”

“Once again reiterating that we are not the cause of this unfortunate contamination; we assure our fullest support and assistance to the authorities and especially the people of Jaffna, to the extent of even partnering and / or funding any pollution prevention and restoration efforts!”

Company pointed out to newspaper reports (i.e. The Sunday Times issue of January 25, 2015)where the Jaffna District Secretary Sundaram Arumainayagam is quoted to have stated that the ‘oil contamination of the water was initially identified in 1987’, a staggering 20 years before the Northern Power Co commenced the construction work of its power plant in 2007!

“We wish to reaffirm to the general public and all our stakeholders that the Northern Power Company (Pvt) Ltd along with our parent company – MTD Walkers PLC are always committed towards maintaining the highest standards of corporate ethics and good governance in the best interest of all our stakeholders,” he added.