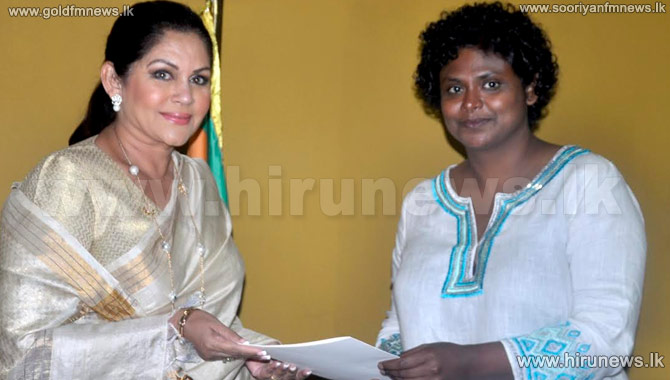 Lawyer Natasha Balendra was today appointed as the Chairperson of the National Child Protection Authority (NCPA), by Rosy Senanayake, the State Minister of Child Affairs.  As Balendra assumed office, she vowed to uphold her post devoid of any external political influence or pressure.

Balendra is an Honours graduate from Oxford University (UK) and Harvard Law School, she has also received her Master’s in Criminology from the University of London. She is a Fellow of the New York University of Law and a recognized scholar in human rights and global justice. She was also admitted to the Bar Association of Sri Lanka (BASL) as an Attorney-at-Law.

Natasha Balendra has extensive local and international experience and has held several legal and management posts in Sri Lanka and New York, she has also been a Barrister-at-Law in the UK.  In her new role, Balendra will lead the development and operations of the National Child Protection Authority. The NCPA was established by the parliament of Sri Lanka (under Act No.50 in1998) in order to spearhead the prevention of child abuse as well as the protection and treatment of children who are victims of abuse. The organization also regularly co-ordinates and monitors action against all forms of child abuse that are prevalent across Sri Lanka.