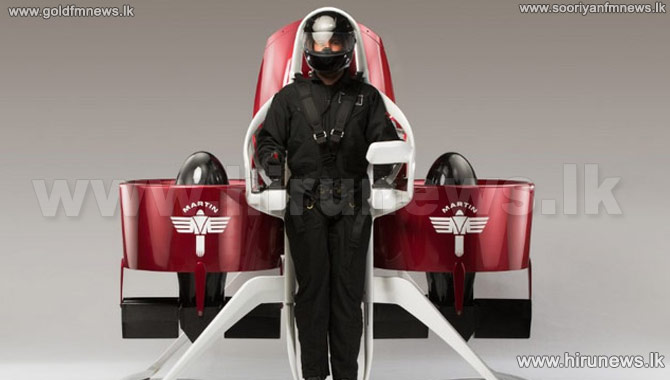 Kids, our George Jetson, 007, Iron Man dreams are edging a bit closer to reality.
Jetpack manufacturer Martin Aircraft of Christchurch, New Zealand, went public Tuesday on the Australian Stock Exchange. Stock prices soared, because who doesn't want a jetpack?
After raising $21 million in its initial public offering, the company is promising 2016 delivery of its first model: a contraption boasting a reported 30 minutes of flight time at a max speed of nearly 46 miles per hour and altitudes of up to 3,000 feet.
Company founder Glenn Martin created the design over 30 years of night and weekend work in his garage.
"Commercial Jetpacks are no longer the domain of science fiction," the company's Managing Director and CEO, Peter Coker, said in a statement. "The dream of Glenn Martin to create a commercial Jetpack is about to be realised."

And to be fair, plenty of inventors and companies have promised jetpacks, flying cars, robot maids and all the accoutrements of the future, with little to show for it.

Martin, however, is undaunted.

"I always knew it would be a long road to develop a wearable jetpack," Martin told the newspaper. "The United States military had thrown lots of cash at big companies in the 1950s and 1960s that failed to come up with anything practical, and here I was just a Kiwi bloke in a garage with a hobby."

The company is taking $5,000 deposits on a personal jetpack, but its first commercial product will be a first responder version designed for fire services, search and rescue, border security and other government and corporate clients.