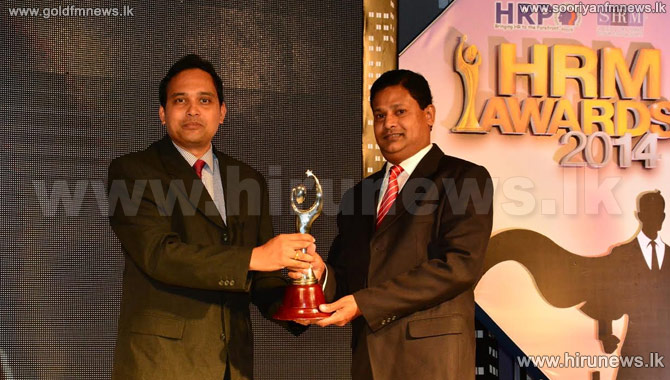 Coca-Cola Beverages Sri Lanka provides direct and indirect employment for over 1500 people in Sri Lanka and continuously strives to empower and inspire them to reach their goals and achieve success. The Company also supports many local communities by providing them with employment and various training opportunities. The Coca-Cola Company is a local business that operates around the globe. People are an integral part of the Company’s operations and its employees in Sri Lanka and around the world, have a strong understanding of local customs and preferences. In over 200 countries that the Coca-Cola Company operates in, it has always been committed to investing in its people, so that they in turn can excel and deliver exceptional results.

Commenting on the award, Kapila Welmillage, Country Manager- Coca-Cola Beverages Sri Lanka Limited stated, “Coca-Cola believes in investing in its people, so that they can be better leaders and make a positive contribution to the Company and society at large. Our human resource management policies and practices, play a crucial role in ensuring that all employees enjoy an optimal working environment, and receive the support they need to develop and grow in their personal and professional lives. Coca-Cola also provides our employees with the opportunity to pursue a truly international career and develop world-class skills.”

The Association of Human Resource Professionals (HRP) organized the HRM Awards event for the sixth consecutive year - in partnership with SHRM India, a wholly owned subsidiary of the world’s largest professional, not-for-profit Human Resource association. The HRM Awards programme aims to provide a platform for public and private sector companies in Sri Lanka to evaluate the effectiveness of their HRM practices against internationally accepted guidelines. The event honours the passion and commitment of organizations whose innovative thinking and strategies have broken new ground in human resource management.

In 2012, Coca-Cola Beverages Sri Lanka won a silver award at the prestigious HRM Awards and has continued to contribute to the development of HRM practices and benchmark industry standards in Sri Lanka. The Coca-Cola Company is ranked among the world’s top 10 private employers in the world, with more than 700,000 system employees including its bottling partners.