Made in China Strategy: Work to Rule the World 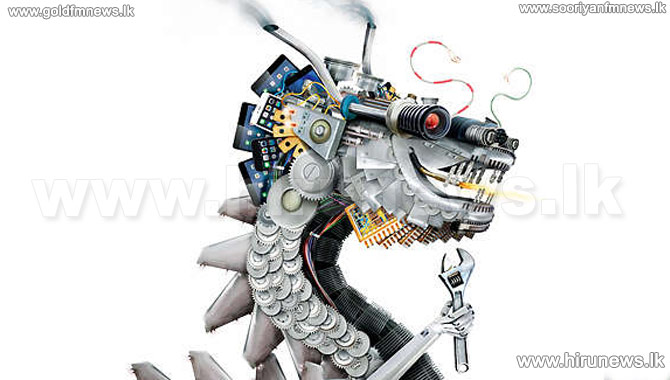 Asia’s dominance in manufacturing will endure. That will make development harder for others

By making things and selling them to foreigners, China has transformed itself—and the world economy with it. In 1990 it produced less than 3% of global manufacturing output by value; its share now is nearly a quarter. China produces about 80% of the world’s air-conditioners, 70% of its mobile phones and 60% of its shoes. The white heat of China’s ascent has forged supply chains that reach deep into South-East Asia. This “Factory Asia” now makes almost half the world’s goods.

China has been following in the footsteps of Asian tigers such as South Korea and Taiwan. Many assumed that, in due course, the baton would pass to other parts of the world, enabling them in their turn to manufacture their way to prosperity. But far from being loosened by rising wages, China’s grip is tightening. Low-cost work that does leave China goes mainly to South-East Asia, only reinforcing Factory Asia’s dominance. That raises questions for emerging markets outside China’s orbit. From India to Africa and South America, the tricky task of getting rich has become harder.

China’s economy is not as robust as it was. The property market is plagued by excess supply. Rising debt is a burden. Earlier this month the government said that it was aiming for growth of 7% this year, which would be its lowest for more than two decades—data this week suggest even this might be a struggle . Despite this, China will continue to have three formidable advantages in manufacturing that will benefit the economy as a whole.

First, it is clinging on to low-cost manufacturing, even as it goes upmarket to exploit higher-value activities. Its share of global clothing exports has actually risen, from 42.6% in 2011 to 43.1% in 2013. It is also making more of the things that go into its goods. The World Bank has found that the share of imported components in China’s total exports has fallen from a peak of 60% in the mid-1990s to around 35% today. This is partly because China boasts clusters of efficient suppliers that others will struggle to replicate. It has excellent, and improving, infrastructure: it plans to build ten airports a year until 2020. And its firms are using automation to raise productivity, offsetting some of the effect of higher wages—the idea behind the government’s new “Made in China 2025” strategy.

China’s second strength is Factory Asia itself. As wages rise, some low-cost activity is indeed leaving the country. Much of this is passing to large low-income populations in South-East Asia. This process has a dark side. Last year an NGO found that almost 30% of workers in Malaysia’s electronics industry were forced labour. But as Samsung, Microsoft, Toyota and other multinational firms trim production in China and turn instead to places such as Myanmar and the Philippines, they reinforce a regional supply chain with China at the center.

The third advantage is that China is increasingly a linchpin of demand. As the spending and sophistication of Chinese consumers grows, Factory Asia is grabbing a bigger share of higher-margin marketing and customer service. At the same time, Chinese demand is strengthening Asian supply chains all the more. When it comes to the Chinese market, local contractors have the edge over distant rivals.

Deft policy could boost these advantages still further. The Association of South-East Asian Nations (ASEAN) is capable of snapping up low-end manufacturing. China’s share—by volume—of the market for American shoe imports slipped from 87% in 2009 to 79% last year. Vietnam, Indonesia and Cambodia picked up all the extra work. But ASEAN could do far more to create a single market for more complex goods and services. Regional—or, better, global—deals would smooth the spread of manufacturing networks from China into nearby countries. The example of Thailand’s strength in vehicle production, which followed the scrapping of restrictions on foreign components, shows how the right policies can weld South-East Asian countries into China’s manufacturing machine.

Unfortunately, other parts of the emerging world have less cause to rejoice. They lack a large economy that can act as the nucleus of a regional grouping. The North American Free-Trade Agreement has brought Mexican firms into supply chains that criss-cross North America, but not Central and South American ones. High trade barriers mean Western Europe will not help North Africa in the way that it has helped central and Eastern Europe.

And even when places like India or sub-Saharan Africa price production from Factory Asia’s grasp, another problem remains. Manufacturing may no longer offer the employment or income gains that it once did. In the past export-led manufacturing offered a way for large numbers of unskilled workers to move from field to factory, transforming their productivity at a stroke. Now technological advances have led to fewer workers on factory floors. China and its neighbors may have been the last countries to be able to climb up the ladder of development simply by recruiting lots of unskilled people to make things cheaply.

Exports still remain the surest path to success for emerging markets. Competing in global markets is the best way to boost productivity. But governments outside the gates of Factory Asia will have to rely on several engines of development—not just manufacturing, but agriculture and services, too. India’s IT-services sector shows what can be achieved, but it is high-skilled and barely taps into the country’s ocean of labour.

Such a model of development demands more of policymakers than competing on manufacturing labour costs ever did. A more liberal global regime for trade in services should be a priority for South America and Africa. Infrastructure spending has to focus on fiber-optic cables as well as ports and roads. Education is essential, because countries trying to break into global markets will need skilled workforces.

These are tall orders for developing countries. But just waiting for higher Chinese wages to push jobs their way is a recipe for failure. (The Economist)