Expert Committee announcement that groundwater in Jaffna does not have dangerous pollutants, a great relief to the general public – MDT Walkers PLC 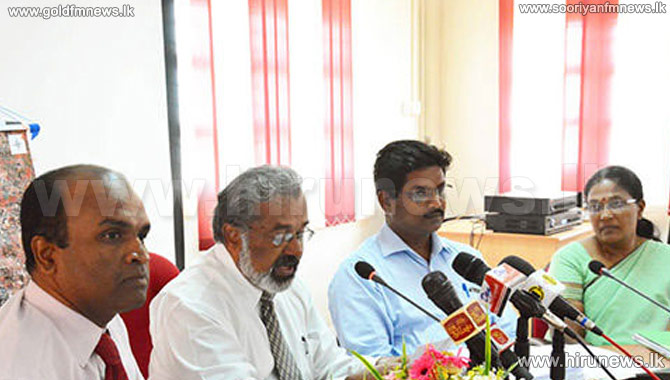 (22 March 2015, Jaffna) The announcement that regional groundwater in and around Chunnakam, Jaffna,  does not consist dangerous pollutants was a great relief to the public and is a major step in the positive direction, opined MTD Walkers PLC – the parent company of Northern Power Plant of Chunnakam,  which had been subject to baseless accusations and misinformation campaigns.
“The announcement by the Expert Committee appointed by the Northern Provincial Council to study the water contamination issue in Jaffna; that there are no dangerous septic pollutants in the groundwater, is a major relief to the people of the Northern Province,”  MTD Walkers PLC Director/ CEO Lal Perera said.

The announcement was made public by the four-member Expert Committee comprised of Dr. K. Velayathamoorthy (Department of Chemistry of the University of Jaffna), Dr. Nalina Gnanavelraja (Faculty of Agriculture), Dr. A. Athputharajah (Head of the Faculty of Engineering) and Dr. T. Jeyasingham (University of East), last Friday (March 20) in Jaffna.
The Company has maintained throughout that Northern Power Co (Pvt) Ltd – the powerhouse of North Sri Lanka, is not any way linked to the issue of ground water contamination in Jaffna as per all available scientific evidence and that such baseless allegations have been fueled by parties with vested interests.

“We are very much optimistic that further investigations will vindicate all baseless accusations raised against us. When we ventured into Jaffna in 2007 during the height of the war, our main objective was to serve the electricity needs of the North in general and Jaffna in particular. As Northern Power Company (Pvt) Ltd, we deny outright these baseless charges raised by parties with vested interests and not a single allegation has been so far accepted by Courts or by any government authority. As all evidence presented to Court points directly to another location as being the source of contamination; the Company is not in anyway liable for the said situation,” Perera said.

He pointed out that baseless allegations have been raised with the ulterior motive to mislead the people of Jaffna against the Northern Power Company (Pvt) Ltd, falsely claiming that the power plant located at Chunnakkam (Jaffna) is causing pollution of several wells located 2 to 3 kms away from the plant.
Northern Power Co commenced the construction work of the Power plant in 2007 amidst the height of the conflict situation when no company or individual was willing to even venture into the North, let alone build a power plant; taking all risks to provide the much needed power to the people of Jaffna.

Generation commenced around May 2009 and a larger population which had suffered severe hardships for over 15 years had electricity in their homes.
“We were the company at that time that contributed the major amount of power as there was no other source and Jaffna was not connected to the national grid till almost 2012. The Company went through many hardships especially with no road transport facility being available and having to transport all material and personnel by air or sea at a very high cost. But we did it because serving the people is in the DNA of  MTD  Walkers,” he added.

The power plant is operated with all necessary environmental licenses and approvals in place which is issued on an annual basis with quarterly checks carried out based out on the conditions required by the licensing authority/ies.

“Unfortunately, the allegation is that the waste oil from the plant is being discharged to the ground and that this was causing the pollution of wells that are located so many kilo meters away. We wish to state clearly that all our waste oil is collected in overhead tanks, sold and taken away by third parties and absolutely nothing is discharged to the ground. Waste oil fetches a good price as it is used for firing furnaces as the Company makes revenue from its sale and will not be deprived of the revenue by discharging it to the ground.  If we can earn extra profits by selling waste oil, why would a commercial venture such as ours throw away valuable oil?”
It was also highlighted that due to the simple fact that Jaffna has been connected to the national grid,  the power plant is being used mostly during the peak loading times and as such, with the power plant operating only for few hours, there will not be waste oil volumes significant enough to affect wells 3 kilo meters away.

A large oil lake (Oil kulam) existed within the previous State-run power plant premises before Northern Power commenced operations. This ‘lake’ contained a large amount of oil as indicated even in the Google maps taken over a period of time and has been presented to Courts as well. Subsequently in and around 2012 the area was filled with earth and compacted as a new substation was built on this premises. Unfortunately, to date no one has questioned or researched in to finding out what happened to this large quantity of oil that was contained in this ‘oil lake’.

“We are strongly of the opinion that there is an unseen hand that is misleading the public of the area with some ulterior motive unknown to us to hinder our operation that is being carried out meeting all the procedural and statutory requirements mandated by the laws of Sri Lanka. People of Jaffna have benefited tremendously from the Chunnakkam Power Plant and they must think wisely that any hindrance to the smooth operation of the power plant will affect the electricity supply and adversely impact the activities of the North. People should not be misled by these baseless allegations.”

The Company hailed the government for appointing a committee comprised of academics of two renowned institutions – the University of Peradeniya and the University of Jaffna who have already inspected the premises of the Power Plant and so far had found no credibility in the allegations raised.

“We wish to reassert that Northern Power Company (Pvt) Ltd along with its parent company – MTD Walkers PLC is always committed towards working in the interest of all stakeholders while maintaining the highest standards of corporate ethics and good governance,” he added.