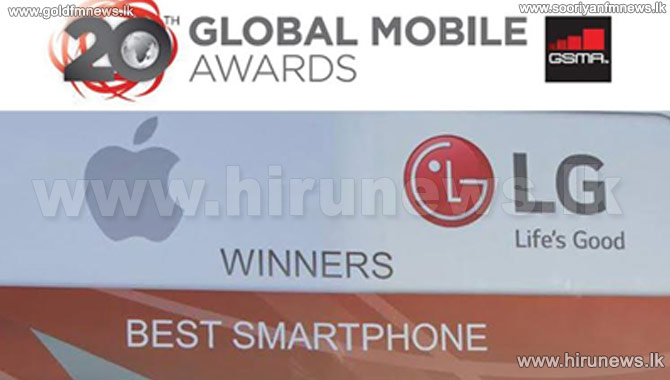 Apple's iPhone 6 and LG's G3 Smartphone shared an award for Best Smartphone of 2015 during a ceremony at the GSMA Mobile World Congress, which was held from 2nd to 5th March 2015 in Barcelona.

This is the 20th year the awards have been handed out by the Groupe Speciale Mobile Association, or GSMA, an international organization of companies involved in mobile telecommunications. The awards ceremony was hosted by Monty Python and Fawlty Towers star John Cleese. Thirty-six awards were given in six categories: Connected Life, Mobile Services, Social and Economic Development, Apps, Mobile Handsets and Devices and Mobile Technology.

In awarding a tie to the Apple iPhone 6 and the LG G3 for Best Smartphone of the Year, the judges called Apple's device an "unmatched consumer success," while lauding LG for an edge-to-edge screen that "offers the best quality mobile viewing experience around today."

The LG G3, with its 5.5-inch display, set "a new precedent as a device developed primarily from consumer feedback," the award noted. The launch of the iPhone 6 and iPhone 6 Plus last September broke sales records, helping Apple to achieve 93 percent of the global smartphone market in the fourth quarter of 2014.

Abans PLC is the authorized reseller and service provider for Apple and the sole agent for LG Smartphones in Sri Lanka.