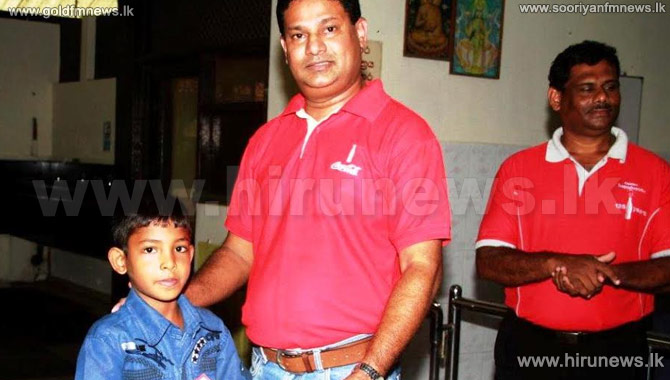 Coca-Cola Beverages Sri Lanka continues to spearhead water stewardship throughout the country, through an array of projects and activities that provide communities with access to water – the world’s most precious natural resource. At a global level, the Coca-Cola Company is striving to become water neutral by 2020, by safely returning to communities and nature, the same amount of water that is used in Coca-Cola’s beverages and production processes. The Company recognizes that water is essential to the health of communities and their prosperity and has embarked on a variety of initiatives in Sri Lanka and around the world, to bring clean water to communities and increase public awareness about the importance of conserving water.

Coca-Cola Beverages Sri Lanka commemorates World Water Day each year with a variety of internal activities to raise awareness about the importance of conserving water. The Company continuously strives to inspire its employees to preserve water and protect it. Additionally, Coca-Cola organizes a water themed art competition each year for staff members’ children. The competition has become part of a social outreach programme, to teach youth in Sri Lanka the importance of water conservation. Although Coca-Cola actively celebrates World Water Day, the Company’s water stewardship projects are ongoing, and have made a significant impact in the lives of thousands of people across Sri Lanka.

Commenting on Coca-Cola’s commemoration of World Water Day, Abhishek Jugran, Country Manager - Sri Lanka and Maldives, Coca-Cola Far East Limited stated, “Coca-Cola is once again proud to commemorate World Water Day in Sri Lanka. Water is an essential ingredient in our beverages, therefore Coca-Cola has an ongoing commitment towards water stewardship in Sri Lanka and around the world. The Company takes great care to ensure that we preserve as much water as possible throughout our processes and we also encourage water conservation at a national level. Water is also essential to the health and well-being of communities, therefore we continuously strive to bring clean water to our consumers, suppliers and communities across the country.”

Highlighting Coca-Cola’s water stewardship initiatives in Sri Lanka Kapila Welmillage, Country Manager- Coca-Cola Beverages Sri Lanka Limited stated, “Coca-Cola is passionate about providing communities with clean water and over the years, the Company has embarked on an array of projects  in Sri Lanka that have made a positive impact in the lives of thousands of people. The Coca-Cola Company believes in a collaborative approach towards CSR and sustainability, in the 200+ countries in which we operate. The coming together of business, government and civil society, or the ‘Golden Triangle’ – is an instrumental part of the Company’s strategy to foster collaborative partnerships that result in sustainable development and create a long-term positive impact for communities. From the drought stricken north of the country to areas affected by Chronic Kidney Disease (CKDu), Coca-Cola Beverages Sri Lanka engages with communities and works with them to make clean and safe water, completely accessible.”

The ‘Every Drop Matters’ project: In 2011, Coca-Cola  Beverages Sri Lanka partnered with the United Nations Development Programme (UNDP) in Trincomalee and Polannaruwa to start the ‘Every Drop Matters’ project in Sri Lanka. The project was able to strategically contribute towards improving the water supply and sanitation situation of vulnerable communities in both these areas.  As part of the project, a total of 67 toilets and 46 wells were constructed in the two districts.

In Dalukana Village, Polannaruwa 45 households were provided with basic access to clean drinking water and sanitation, including seven women headed households and one household which was headed by a differently-abled person.  Additionally, in Kadadkaraichenai, 25 wells were also renovated which benefited 46 households and in Kumpurupitiya East, 22 toilets were renovated. Three schools from the Kadadkaraichenai area- the Tamil Mixed School, Chenaiyoor Central College and Vipulanantha Vidyalayam, were also selected for waste reduction and eco-conservation initiatives while awareness programmes were conducted on water and sanitation with the participation of students and teachers. In 2015, the project focused on conserving the Kelani River basin, which is a significant source of water for people across the country.

Coca-Cola’s partnership with NWSDB to provide clean water to communities in the north: In 2014 and 2015, Coca-Cola continued to provide clean water to communities in the north of Sri Lanka that were affected by Chronic Kidney Disease (CKDu). Chronic Kidney Disease (CKDu) is prevalent in many areas in the north of the country and the disease has impacted the lives of thousands of people. CKDu is characterized by the gradual loss in the functioning of the kidney due to the intake of harmful chemicals mixed in water. The disease affected areas also have a record of 200 deaths annually and it is said to be spreading to the North Western, Uva and Eastern Provinces.

In 2014, in order to address the need for clean water in CKDu affected areas, Coca-Cola Beverages Sri Lanka and the National Water Supply and Drainage Board (NWSDB) dedicated a Reverse Osmosis (RO) water treatment facility to thousands of beneficiaries who reside in the Padaviya division in Anuradhapura. The facility brought clean water to 1,100 households. The Company also installed another RO facility at a school in Madawachchiya, Mahadivulwewa (which is at the epicentre of the CKDu crisis) to provide over 480 students and members of the community with access to safe drinking water. Additionally in 2015, the company signed a MoU with the NWSDB to install two Reverse Osmosis units in Pubudugama Thalakoluwewa and Damsopura in Polonnaruwa that provide an output of 15 cubic meters of treated water every day and will positively impact several households in the villages.

UN-Habitat and Coca-Cola’s water and sanitation project in Sri Lanka: In 2012, Coca-Cola in collaboration with UN-Habitat and the Kallaru Women’s Rural Development Society collectively started a project to create rainwater harvesting (RWH) tanks and related infrastructure for residents in drought-stricken Kilinochchi. Fluctuating rainfalls, over dependence on rains as a water source and the rise of water borne diseases had led to an increase in health and sanitation problems in the area. The project was completed in 2014 and was a landmark initiative in the north of Sri Lanka that provided 1625 villagers with access to safe and clean water.

A total of 125 RWH units were installed in homes and in public buildings. The new rainwater harvesting systems have enabled the community to conserve and re-use water during the dry season. Following some monsoon rains in November and December 2013, the newly installed rainwater harvesting tanks filled with water which was then used by the beneficiaries for drinking, sanitation, cooking, bathing, washing clothes and home gardening. The establishment of domestic and public rainwater harvesting systems in the village also provided three schools in the area with access to clean water and benefitted 200 school children and 19 teachers. The Kallaru Women’s Rural Development Society has been able to provide clean drinking water and improve the health of 60 women and 110 children in the community. Additionally 52 pre-school children also benefited from the project.


Coca-Cola & Habitat for Humanity’s efforts to revitalize wells and schools in Batticaloa:

Consequent to the rampant floods that hit the Eastern Province in 2011, access to clean water had become scarce and water-borne diseases were spreading rapidly. The floods rendered one million people homeless, with 200,000 acres of paddy fields destroyed and 100,000 wells contaminated.  In an effort to take action and assist the community, Coca-Cola partnered with Habitat for Humanity and The Coca-Cola Foundation which donated USD 100,000 to aid the clearing of wells and the construction of pre-schools in the affected areas. Apart from initiating a district-wide water sanitation project, Coca-Cola also built four pre-schools in the area as part of its efforts to further develop the country’s education.

Coca-Cola Beverages Sri Lanka and Habitat for Humanity Sri Lanka dedicated more than 1700 wells and four pre-schools to the community members and students of Batticaloa, under a joint community revitalization project. The two partners joined hands to make a positive impact in the lives of more than 3,800 people in the region. Cleaning the contaminated wells in the affected areas was crucial, since the community depended almost exclusively on these wells for their daily supply of water.