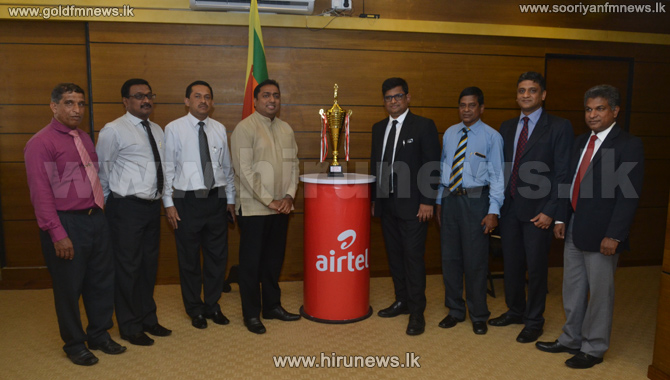 The Netball Championship segment of the 32nd All Island Schools Games Championships which is conducted by the Departments of Health, Physical Education and Sports of the Ministry of Education, will take place from the 9th - 11th September 2016 at St. Ann’s College, Kurunegala.

Around 13,000 female students representing over 330 schools in the under 15, 17 and 19 age categories accordingly, participated in a fierce competition. Three schools from each age category qualified at provincial level in order to gain entry at national level.

“Having always been on the lookout for new and exciting opportunities to fuel the Sri Lankan youth to achieve their aspirations, we at Airtel believe that sports provide an ideal platform that create life enriching moments.

“We understand the value of creating such opportunities as it helps foster talent and build them up to international standards - paving the road towards the success of Sri Lankan sports. In this context, we are pleased to partner the 32nd Island School Games Netball Championships 2016 as it is a great opportunity to extend our support to further develop the sport,” stated Jinesh Hegde- Managing Director/Chief Executive Officer – Bharti Airtel Lanka.

He added, “Airtel is uniquely positioned to nurture young talent, as we believe that this is an arena which creates limitless opportunities for the youth of our society to be developed as successful future leaders, thus creating a progressive community in Sri Lanka. We are indeed humbled to have the support of Hon. Akila Viraj Kariyawasam, Minister for Education towards this initiative and we are confident that this platform will continue to inspire talented netball players to become professional players in the future”.