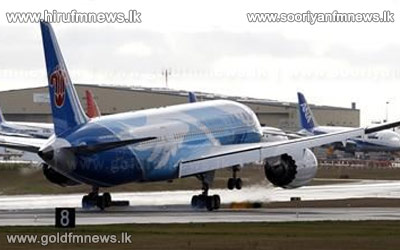 A Boeing 787 test plane flew for more than two hours yesterday to gather information about the problems with the batteries that led to a worldwide grounding of the new jets more than three weeks ago.

The flight was the first since the Federal Aviation Administration gave Boeing permission on Thursday to conduct in-flight tests.

Federal investigators and the company are trying to determine what caused one of the new lithium-ion batteries to catch fire and how to fix the problems.