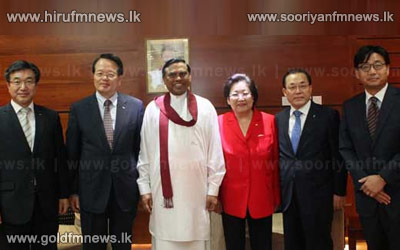 The Republic of Korea expects to commence direct flights between Korea and Sri Lanka to develop closer ties between the two countries and promote tourism, according to Korean MP Chung Uihwa, member of a Korean Parliamentary delegation.

He said this when he met Economic Development Minister Basil Rajapaksa at the Ministry office recently.

The MP said that by now a number of Korean-funded projects have been launched in Sri Lanka and Korean investors have already invested in the country, since the island's infrastructure had been developed to meet the needs of both investors and tourists.