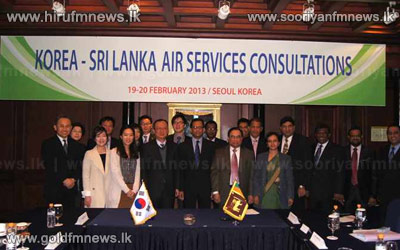 Sri Lanka and Korea concluded a successful round of air services consultation in expanding bilateral Air Transport arrangements between the two countries in Seoul, Korea during 19th to 20th February.

Accordingly, Korean Air will commence operating direct flights from Seoul to Colombo three times a week, with effect from 9th March 2013 and will operate flights to Maldives from Colombo and will return to  Seoul from Male via Colombo, thereby re-establishing direct air links between Sri Lanka and Korea after a lapse of more than 25 years.