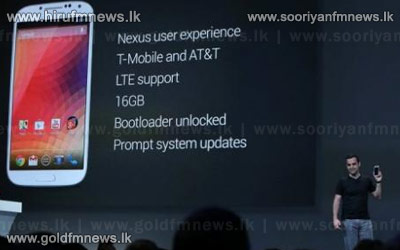 Google revealed that it has two new sophisticated Android smartphones in the works, one of which will have the unprecedented distinction of being made in the United States.

An HTC One smartphone customised to be "Google's take on Android" will make its US debut on June 26th at a price of 599 dollars.

Google Edition handsets by Taiwan-based HTC will be compatible with carriers AT&T and T-Mobile.