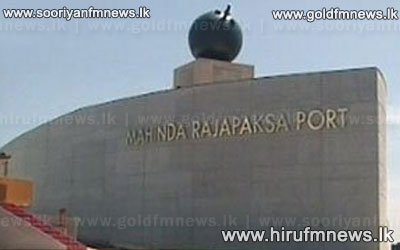 The Sri Lanka ports authority states that the fuel brought to the storage facility in Magampura – Ruhuna port for a pre operative test will not be released for sale.

The storage tanks and fuel pipe lines of the fuel storage facility in the Hambantota habour were tested day before yesterday and the Ceylon Petroleum Storage Terminal Limited stated that the fuel used for the test was not up to standard.

5000 tons of fuel from a Singaporean Tanker was diverted to the Hambantota harbor to conduct this test.

However, the chairman of the Sri Lanka Ports Authority Professor Priyathbandu Wickrama today responded in the following manner to the statement made by the chairman of Ceylon Petroleum Storage Terminal Limited.