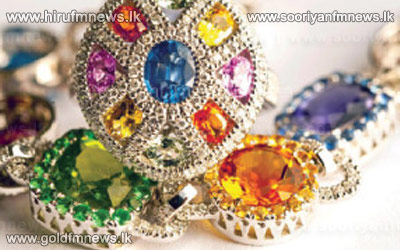 Sri Lanka’s gem, diamond and jewellery export sector has recorded an overall growth of more than 50 percent as at end of 2012.

Revenue has increased significantly in comparison to the corresponding year’s figure of 24 thousand 459 million rupees in 2011.