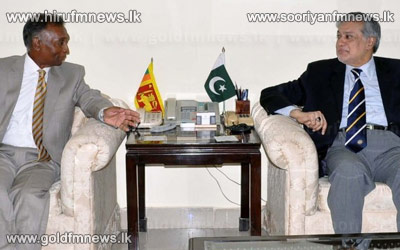 Federal Minister of Finance Ishaq Dar stated that the promotion of trade among members of the South Asian Association for Regional Cooperation was a top priority for the newly elected Pakistani government.

The minister was meeting with the High Commissioner of Sri Lanka who called on him..

Senator Ishaq Dar said that Pakistan enjoys close relations with Sri Lanka and wishes to expand bilateral trade and economic relations between the two friendly countries as there existed a great untapped potential for mutual cooperation and trade.