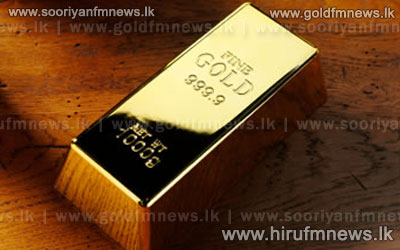 Sri Lanka's central bank, an active trader in gold, has seen losses from steep falls in the precious metal in 2013 after making steady profits over several years as prices rose.

In 2012 Sri Lanka's central bank was a net seller by more than four tonnes in January and February when gold prices rose above 1’750 dollars an ounce and was a net buyer in May and June when prices fell to as much as 1’585 dollars an ounce.

In December 2012 however Sri Lanka was a net buyer by 9.8 tonnes of gold when gold prices were around 1’660 dollars an ounce.