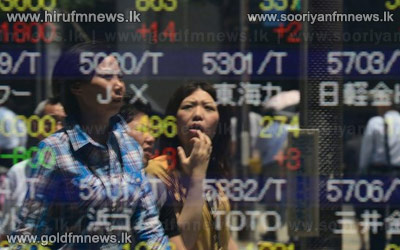 Shares in Tokyo are little changed after Prime Minister Shinzo Abe was given a vote of confidence for his economic policy known as "Abenomics".

As widely predicted, Abe has won a majority in parliament's upper house in Sunday's elections, according to exit polls.