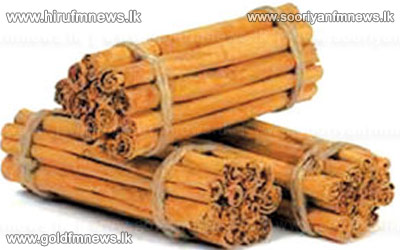 Sri Lanka is planning to expand spice cultivation to new areas which will increase production and export especially of pepper and cinnamon.

Cinnamon and pepper will be cultivated in Anuradhapura, and Polonnaruwa in north central Sri Lanka, and Amapara and Batticaloa in the east.