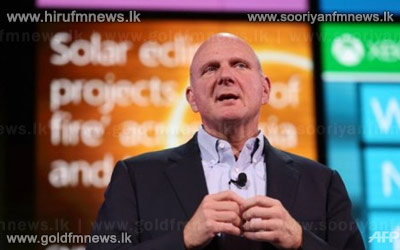 Microsoft chief executive Steve Ballmer announced he would retire within 12 months, opening a new chapter for a company struggling to keep pace with the fast-changing tech sector.

Microsoft shares leapt as much as nine per cent in pre-market trade and closed up 7.3 per cent at 34.76 dollars after the surprise announcement sparked a rally in the stock.

Ballmer took over as CEO in 2000 from co-founder Bill Gates, a classmate and friend from their days at Harvard University in the 1970s.