Twitter wants to raise $1bn in its stock market debut 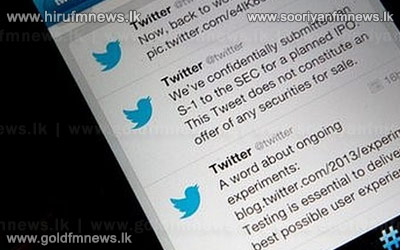 Social networking company Twitter has said it plans to raise $1bn in its stock market debut in documents filed with US regulators.

In the filing, revealed on Thursday, the seven-year-old company said that it now has 218 million monthly users and that 500 million tweets are sent a day.