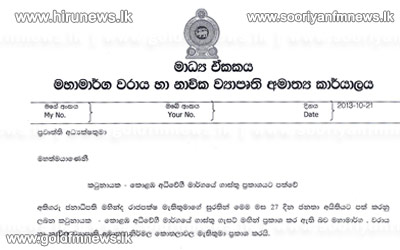 A fare of 200 rupees will be charged for vehicles travelling from Ja-Ela to Katunayake or Peliyagoda.

Furthermore, the expressway will be open for public viewing within the next three days.

Accordingly, the public will have access to the Colombo - Katunayake Expressway from October 22nd to 24th.