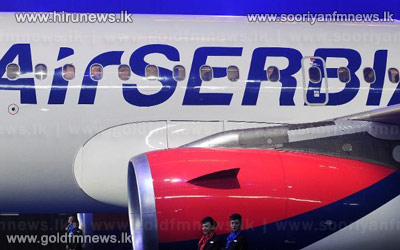 The Airbus A319, emblazoned with a double-headed eagle and Serbias national red, blue and white colours, took off for Abu Dhabi.

Air Serbia said all its future planes would be named after prominent Serb figures.