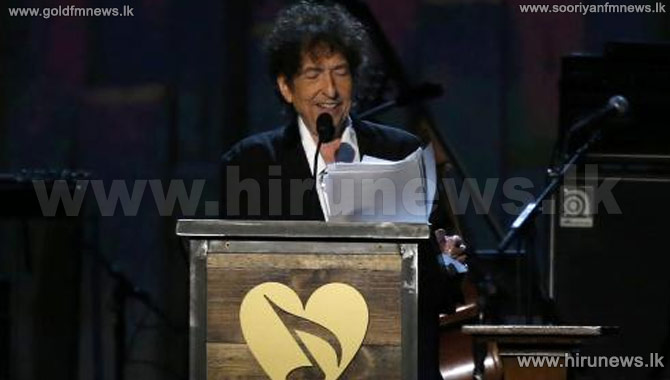 Bob Dylan, known for playing concerts with barely a word spoken to his audience, gave a lengthy speech today at a gala in his honour where he chronicled the roots of his music while also praising and ribbing famous figures.

The 73-year-old Dylan, considered by many musicians and critics to be the best singer-songwriter of his time, spoke for 40 minutes at the Los Angeles event tied to this weekend's Grammy Awards, as he was named "person of the year" by the MusiCares charity.

Former US president Jimmy Carter handed Dylan the award after a night of performances of his songs, including "Knocking on Heaven's Door" and "Standing in the Doorway", by a cast of superstars.