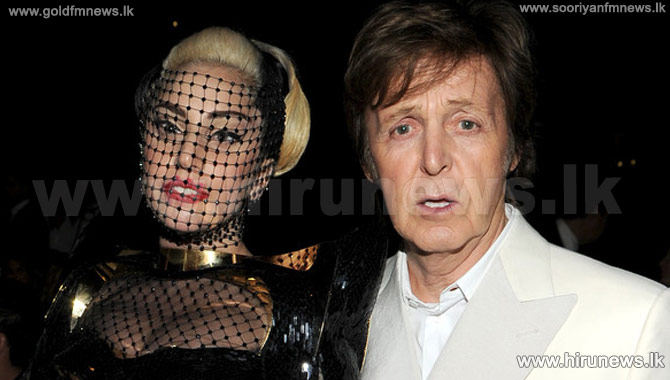 Lady Gaga, shared a photo of herself in the studio with the former The Beatles star, and revealed she originally hung up on him, when he called her to propose the idea of collaborating, because she thought it was someone playing a joke on her.

Meanwhile, Sir Paul has been busy working with other musicians as he features on Rihanna's new single 'FourFiveSeconds' which he will perform at the Grammy Awards, as well as Kanye West's emotional track 'Only One' which is about the 37-year-old rapper's 19-month-old daughter, North.