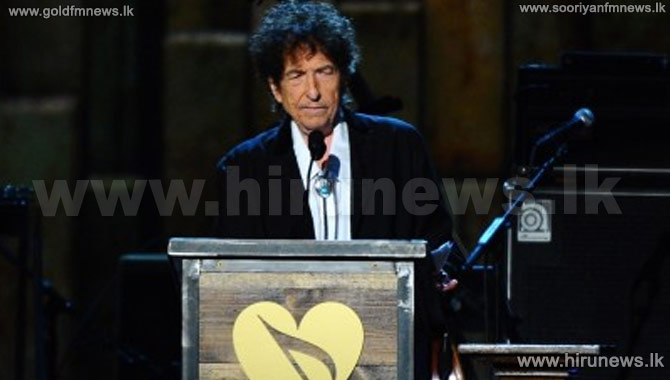 On Saturday, iconic musician Bob Dylan added another accolade to his long list of awards as he accepted the 2015 MusiCares Person of the Year award in Los Angeles' Convention Centre in the West Hall.

While accepting the prize, he spoke very highly of several fellow illustrious musicians who have been inspirations to him.

Dylan also paid tribute to the late Jimi Hendrix and Johnny Cash for their huge influences on his career.

During the all-star 2015 MusiCares Person of the Year gala concert, which marked the 25th anniversary of the charity organisation, Willie Nelson took to the stage to perform some of Dylan's most celebrated songs.