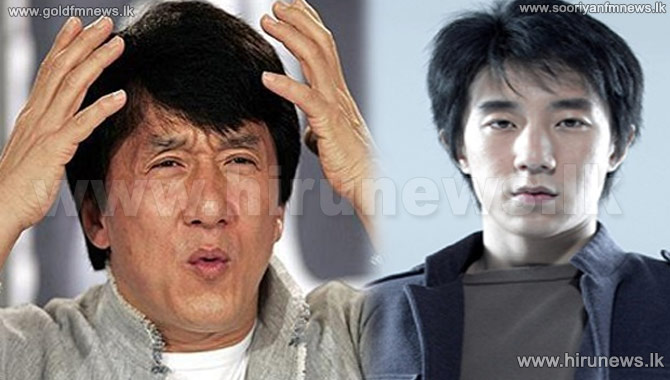 BEIJING (AP) — The son of actor Jackie Chan was released from a Beijing jail Friday after completing a six-month sentence for allowing people to use marijuana in his apartment, amid a crackdown on illegal narcotics in the Chinese capital.

Photos showed chaotic scenes as reporters chased his car and surrounded it at a toll station.

The statement thanked fans and the media for their concern and said Chan would hold a news conference Saturday in order to "apologize and explain."

Police detained Chan, Taiwanese movie star Ko Kai and several other people in August in Chan's Beijing apartment. Chan and Ko tested positive for marijuana, and police seized more than 100 grams (3.5 ounces) of the substance. Ko, whose real name is Ko Chen-tung, was released after serving a 14-day administrative detention.

Chan could have been sentenced to as many as three years in prison, but the court showed leniency because he had confessed and showed contrition.

Jaycee Chan's arrest was a sensitive matter for his father because of Jackie Chan's high profile in China, including serving as an anti-drug ambassador and deputy to the top advisory board to China's legislature. The elder Chan has apologized for his son's actions and said the two would work together to mend his ways.

A number of celebrities have been caught up in Beijing's drug crackdown as the city tries to slow ballooning drug use. Police said more than 7,800 people were arrested last summer in Beijing in what was called the biggest anti-drug campaign in two decades.